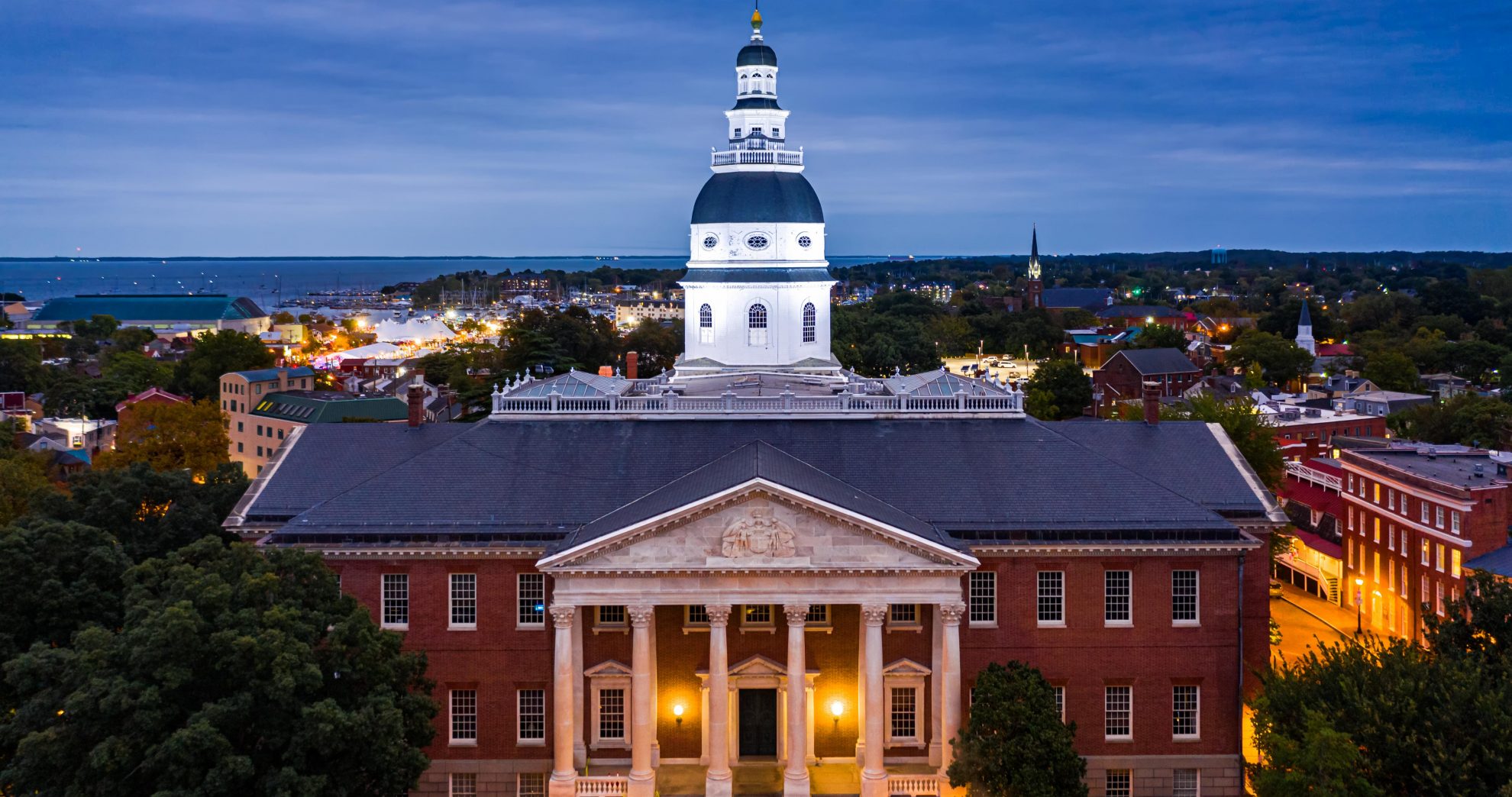 There are some genuinely good answers to the question, but the court largely punted, the upshot of which is that legal challenges to Maryland’s digital advertising tax will likely play out in state court, not federal court. These challenges will, however, play out; it’s only a matter of venue. And Maryland’s legal position remains a precarious one.

Let’s back up a minute. Or two years, as the case may be.

In March 2020, Maryland lawmakers adopted legislation creating a first-in-the-nation tax on digital advertising served into the state. The governor vetoed it, and the House let it rest until February 2021, when it overrode the veto. Two months later, lawmakers passed a subsequent bill delaying the tax’s implementation until 2022, an acknowledgment of the legislation’s ambiguity and the legal issues it posed. In time, regulations were developed, some of which materially altered the provisions of the bill, including substituting new calculations of tax liability that are in direct conflict with the law as written.

In this form, the law went into effect on January 1, 2022—even though many businesses still had little idea of how to ascertain their tax liability, extremely low confidence that their liability had any meaningful tie to the scope of their in-state activity, and serious doubts about the legality of the tax they were paying. Two legal challenges, filed long before the law even went into effect, are slowly working their way through the courts.

Both challenges raise some of the same objections. They argue, persuasively, that exclusively taxing digital advertising violates a federal law, the Permanent Internet Tax Freedom Act (PITFA), which prohibits discriminatory taxes on electronic commerce. Maryland’s position has not been to deny the thrust of PITFA, but to hope that courts will adopt a saving interpretation that concludes that the tax is really on contracts for digital advertising, and not the advertising itself. The distinction is clever but not particularly compelling, and there is legal precedent for invalidating laws requiring tax collections by businesses entering into contracts for online marketing even if the contracts themselves were not conducted online, since the taxable activity was electronic in nature.

They also argue that the specific design of Maryland’s digital advertising tax runs afoul of the U.S. Constitution’s prohibition on discriminating against interstate commerce, and of the constitutional doctrine requiring taxes on multistate businesses to be reasonably related to their in-state activities. Among other potential constitutional infirmities, the Maryland law apportions digital advertising income to Maryland based on gross revenues in-state, but sets the tax rate based on the company’s worldwide activity—which isn’t a relevant consideration for Maryland tax purposes. The state’s regulations for implementing the tax, meanwhile, adopt a completely different set of sourcing rules which have nothing to do with actual revenues derived from Maryland, and thus potentially taxes a massive amount of activity transpiring entirely out of state. Even setting aside the state comptroller’s dubious authority to override the tax base established in statute, this approach is of highly questionable constitutionality.

Because federal law and federal constitutional issues are in play, one set of plaintiffs, led by the U.S. Chamber of Commerce, filed suit in federal court. Another set of plaintiffs filed in Maryland state court. While the federal venue may seem quite sensible, it involves a major hurdle in the form of the Tax Injunction Act (TIA), a federal law which holds that “[t]he district courts shall not enjoin, suspend or restrain the assessment, levy or collection of any tax under State law where a plain, speedy and efficient remedy may be had in the courts of such State.” Federal district courts can only involve themselves when a proper remedy is not available from state courts, or when the imposition is—for purposes of the TIA—a fee or penalty rather than a tax.

Plaintiffs argued that the purpose and design of the Maryland digital advertising tax rendered it a penalty for purposes of the TIA, even though it is, of course, a tax, and should be understood as a tax for purposes of the PITFA analysis. This may sound absurd, but it is not inherently unreasonable: laws and legal decisions often grant different definitions to identical terms, and it is entirely possible for a charge to meet one law’s definition of tax and not another. The court, however, did not think that applied here, and declined to consider plaintiffs’ evidence regarding legislators’ punitive intent. The judge did, however, permit some other elements of the case to go forward in federal court, and plaintiffs must decide whether to proceed on those grounds or to appeal.

Importantly for Maryland, and for other states contemplating digital advertising taxes, the federal district court ruling is a jurisdictional one, and did not address the merits of the legal challenges to the Maryland law. While the ruling is a setback for opponents of the digital advertising tax, who would have preferred to go through federal courts, the other case will still be heard, and courts will have to address the many issues raised by the tax: ambiguity as to the tax base, a conflict with the U.S. position in international affairs, sourcing rules which improperly tax out-of-state activity, preemption by the PITFA, and more.

In short, policymakers elsewhere should not read the district court’s decision as a green light for their own digital advertising taxes. The legal system often takes a long time to adjudicate state tax issues, but Maryland’s digital advertising tax suffers from an astonishing array of legal—to say nothing of practical or economic—shortcomings. Some of these impediments are unique to the way Maryland crafted its law, while others are inherent to the notion of a digital advertising tax, however designed.

Digital advertising taxes are poor tax policy and legally dubious in the extreme. Maryland has a long fight ahead of it—all for the right to enact a tax for which lawmakers struggle to even articulate a rationale.

Goldman Sachs is cutting up to 3,200 employees this week as Wall Street girds for tough year
Homeowners spent up to $6,000 on average on repairs and maintenance in 2022. Here’s how to keep those costs down
Mega Millions jackpot is $940 million: Here’s what to do if you come into a large sum of money
Stocks making the biggest moves premarket: Lululemon, Duck Creek, Mastercard, Uber and more
How to retire with $2 million if you make $100,000 per year
Follow us on Facebook
Follow us on Twitter
Follow us on LinkedIn
Follow us on Pinterest
Follow us on Instagram
Follow us on YouTube