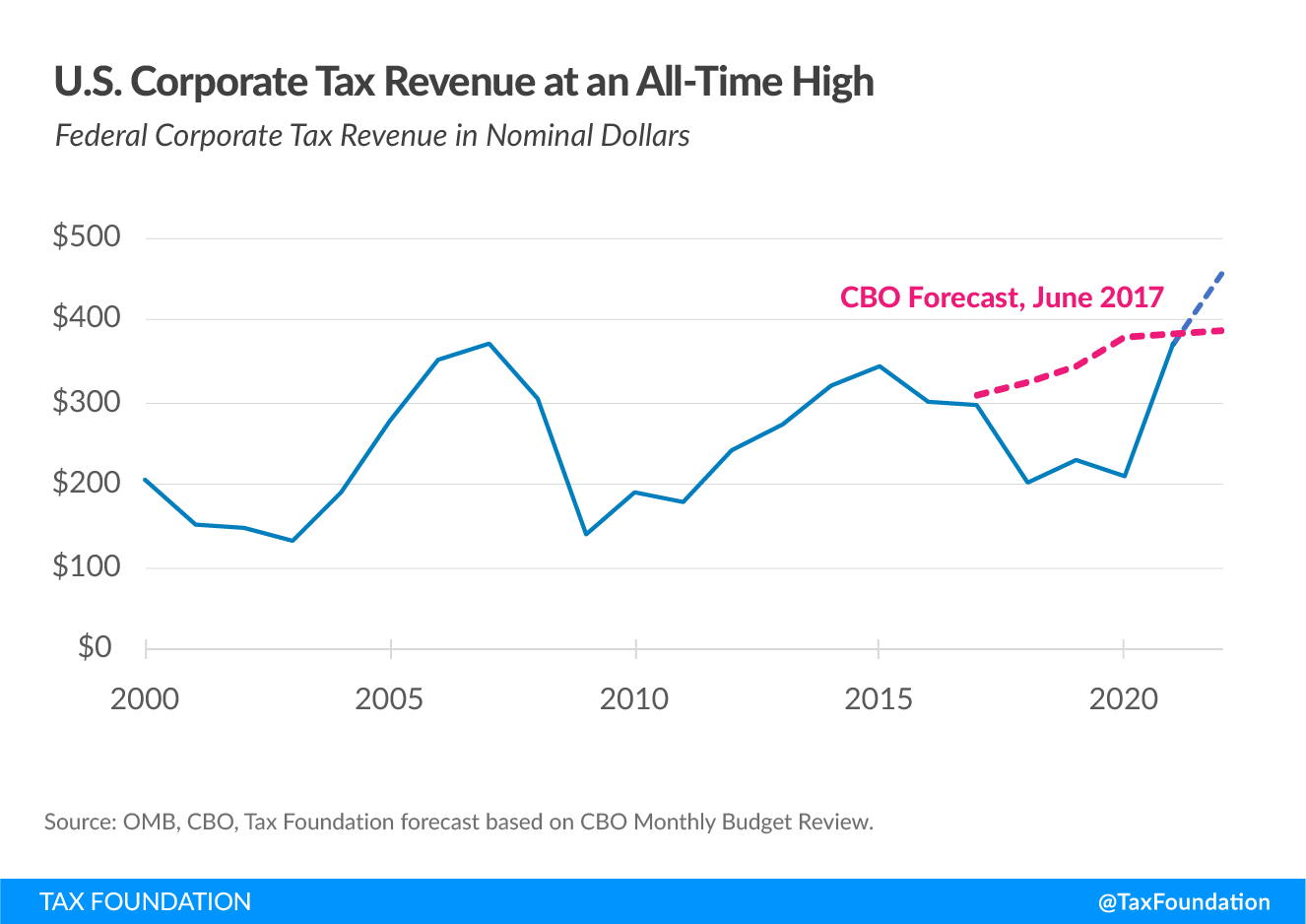 After corporate tax revenue came in at a record high of $372 billion in fiscal year 2021, we have been eagerly awaiting the forecast for fiscal year 2022, which the Congressional Budget Office (CBO) normally publishes in January but now plans for the week of May 23rd. The White House has included a forecast in its annual budget, predicting corporate tax revenue will grow just 2.9 percent this fiscal year, less than the current rate of inflation, to $383 billion, which would nonetheless be another record high in nominal terms.

However, there is reason to think corporate tax revenue will go higher this year, possibly much higher.

Undoubtedly, inflation has contributed to this year’s boost in corporate tax receipts. However, even as a share of GDP (which also grows with inflation), corporate tax revenue this year is on track to reach its highest level since 2015, at 1.9 percent of GDP. This would beat CBO’s pre-TCJA prediction for 2022 as well as the long-run average level of collections over the 20 years prior to TCJA, both of which are about 1.7 percent of GDP. 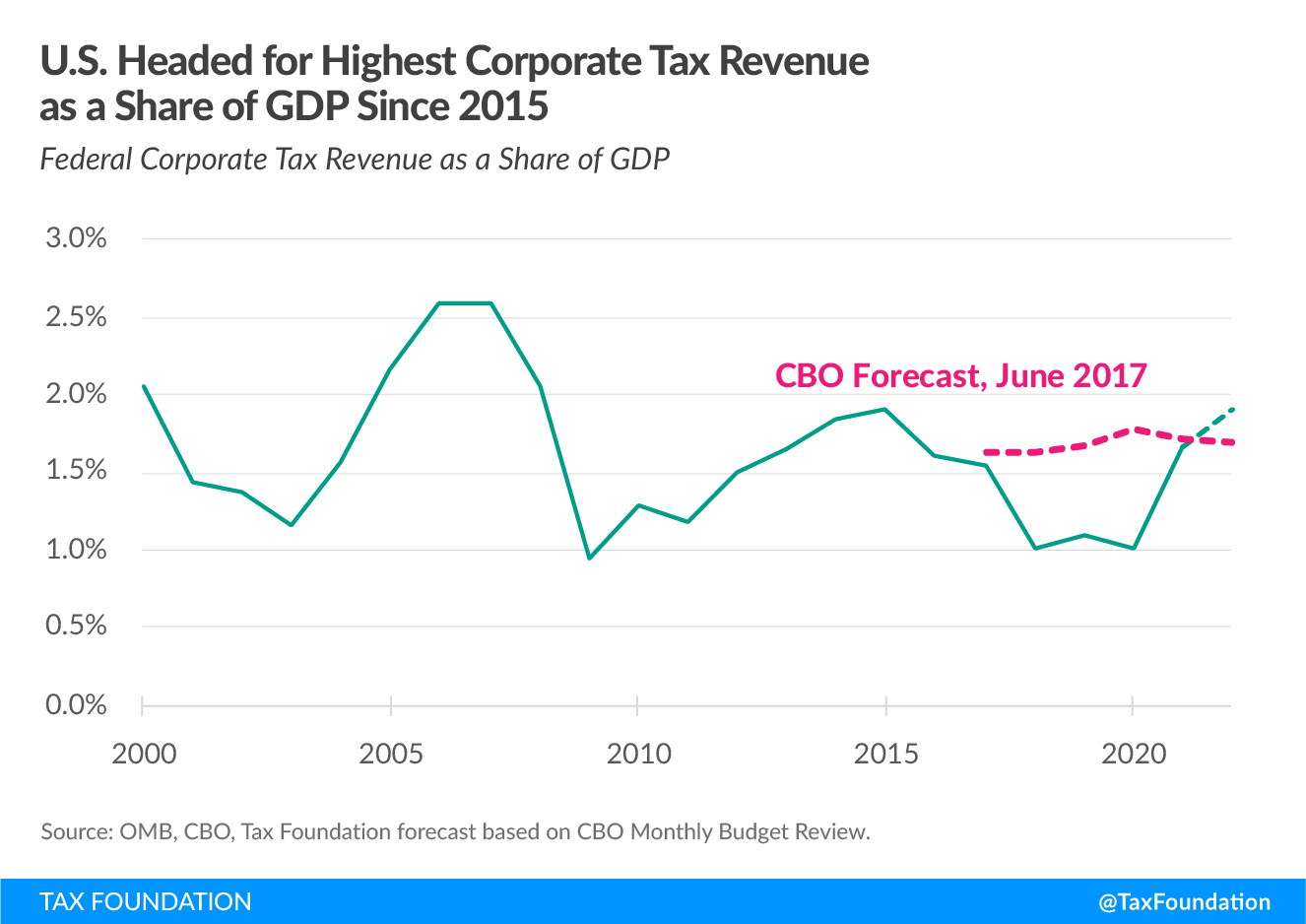 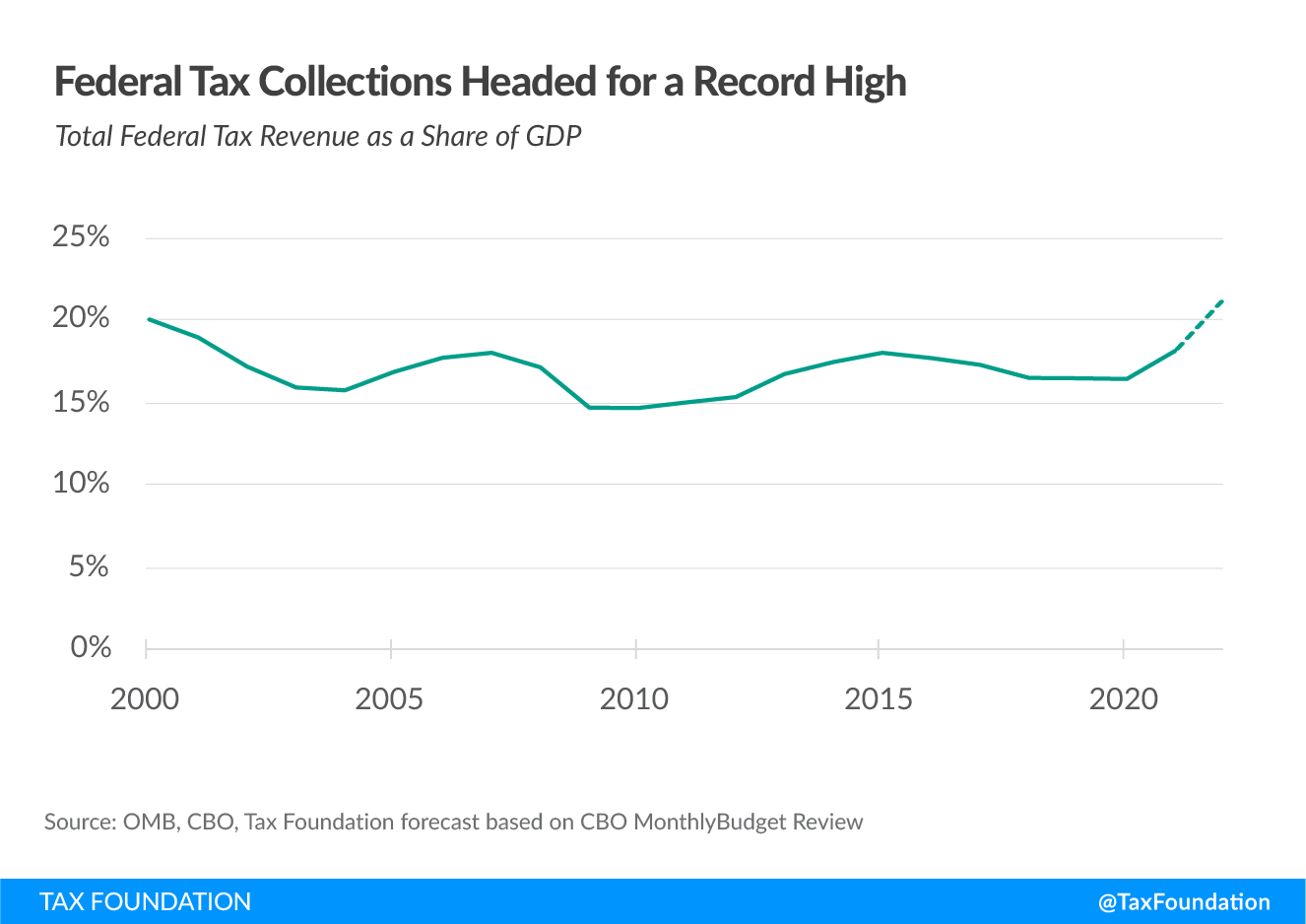