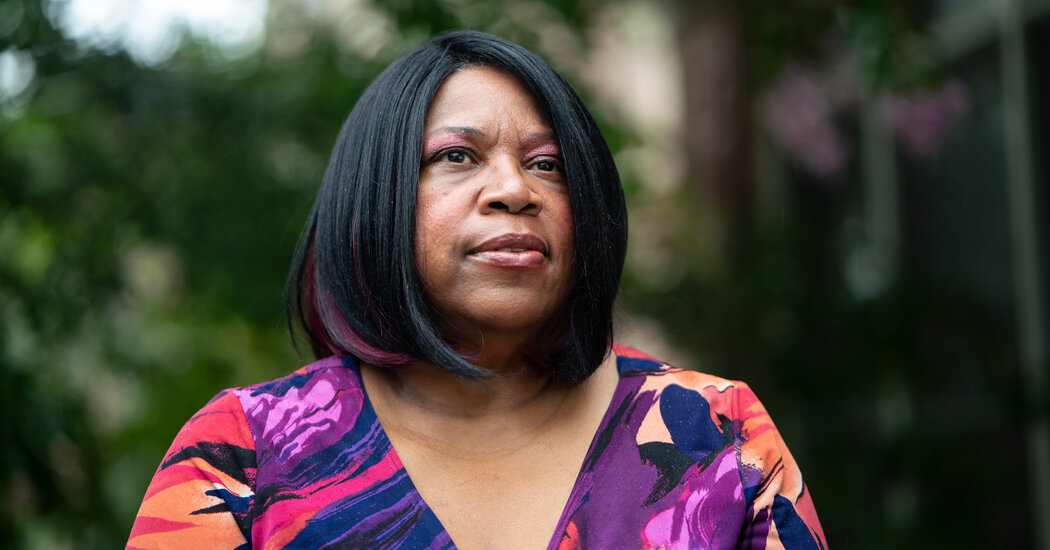 Women break into their savings to cover all kinds of expenses: home down payments, repairs, medical bills. That can hurt them years later.

Vickie Elisa was already playing catch-up with her retirement fund when she withdrew $17,000 to fix a plumbing disaster in her Atlanta-area home.

The bleeding from that Roth individual retirement account had started four years earlier, when Ms. Elisa, who is now 64, tapped it to help a relative pay some legal bills. By the end of 2018, after she paid penalties for early withdrawals, her account balance had dwindled to $2,500.

Replenishing it has been an uphill battle. “I told myself, once I had built up a pretty good cash flow, I would start building it back up again,” said Ms. Elisa, who retired as a director of marketing and business development for the DeKalb County Board of Health that year.

Yet she was steered off track by illness in 2019, then by a bout of Covid-19 last year that resulted in lingering health issues. Now inflation is chipping away at her hopes of seeing her Roth return to its onetime peak of $25,000 while she holds a part-time job. “I can’t even keep a full tank of gas,” Ms. Elisa said.

Ms. Elisa could have said no to the relative. She has a 22-year-old daughter to support. But she, like many women may, felt she had to help.

Teresa Ghilarducci, director of the Schwartz Center for Economic Policy at the New School for Social Research, said she had seen it happen all too often: Women — even those who are unmarried or without other retirement funds — do not hesitate to tap into their own savings. While they are working, women generally also carry the load of nurturing and caregiving at home. And that can be their undoing in retirement, too.

“The reason for this problem, where retirement money becomes a slush fund for women’s lives, is not because of women’s brains or hormones,” Ms. Ghilarducci said. Entrenched social roles that push women to define themselves as nurturers first get some of the blame, she said. Practicality can be a culprit.

Mental accounting, too, within families could lead to dips in women’s 401(k) and I.R.A. balances, said Mariel Beasley, a principal at the Common Cents Lab, a financial behavior research lab at Duke University.

“My hunch is that women’s money gets treated like a slush fund because it has been earmarked that way,” she said. For example, a couple may jointly decide to tap the wife’s account to pay down medical debt.

If it’s a man’s account a couple borrows from, it may be because his income is lower. But “there’s lots of evidence that women’s portfolios tend to be smaller than men’s,” Ms. Beasley said, for reasons that include the persistent gender pay gap and the likelihood of repeat departures and returns to the work force for caregiving.

“So if the larger account is his, a couple might say, ‘His account is going to cover our expenses and help us survive in retirement.’” They might then dip into her account, despite losing some of it to income taxes and a 10 percent penalty for early withdrawal.

Where that leaves women, of course, is financially vulnerable in their later years, when they can least afford to be. In a recent survey by the investment firm TIAA, just 19 percent of women said they felt they would be able to retire without running out of money. For men, that number is 35 percent.

If the term “slush fund” implies mad money, researchers know that women who draw down their I.R.A.s and 401(k)s often aren’t using the money frivolously. Ms. Elisa, for example, is a divorced mother of an adult daughter whose college tuition she helps pay. The Roth account she dipped into to pay a loved one’s legal fees was money she knew she couldn’t afford to part with, even though she still had $55,000 in a 401(k) from her government job.

At the time, “I was drowning in debt,” she said.

Ms. Beasley said she was not sure a man would have made the same choice. “Social norms are incredibly powerful in telling us what we should and shouldn’t do in any situation,” she said.

Ginita Wall, a certified financial planner and the director of the Women’s Institute for Financial Education, a nonprofit, has seen it unfold: “In my experience, moms are suckers for children in need, even when they’re adult children,” she said.

That includes one of Ms. Wall’s former clients, who was heading for financial ruin because she had emptied a retirement account to help her daughter fight a custody battle. “I think a lot of times, children don’t realize what they’re doing to their parents’ financial future when they ask for money,” she said.

Parents, she added, may not be forthcoming about letting their children know about the potential for harm to their finances. “But if you’re in your late 50s or 60s, unless you’re fabulously wealthy, digging into money you’ve been saving diligently for your own retirement backfires incredibly,” Ms. Wall said. “You’re not going to have time to earn that money back.”

Ms. Ghilarducci has advice for women caught between the rock and hard place of wanting to preserve their retirement money and pitch in when family needs arise. First, “take a deep breath,” she said. Then “recognize that emotions about family connections are going to come faster than deliberate decisions” about the financial future. If an appointment with a 401(k) manager or a financial adviser is not an option, “talk to lots of people, she said. “It helps you get perspective.”

A different solution requires systemic changes, many of them cultural but some legal. Ms. Ghilarducci and Marcia Mantell, a retirement consultant in Plymouth, Mass., said rules protecting retirement accounts from being tapped needed to be tightened.

Before a certain age, “I don’t think anyone should have access to their 401(k)s for any reason,” Ms. Mantell said. One of her own relatives, she said, borrowed from an account to make a down payment on a house, though Ms. Mantell counseled her against it.

“I hate the loan provisions,” she said. “I hate when there is a natural disaster special access. I know it’s sometimes people’s only savings, but retirement is too important to jeopardize.”

Ms. Ghilarducci has testified before Congress against the 401(k) loan provision. It allows savers to borrow money, but they must agree to pay it back on schedule. Not all 401(k) plans offer a loan provision, but those that do, Ms. Mantell said, require borrowers to pay back the loans with interest.

When a borrower doesn’t repay on time and in full, the money borrowed is considered a distribution and is subject to income taxes. And if the borrower is younger than 59½, she will have to pay a penalty of 10 percent.

“For lower-income people, who are disproportionately women, the incentives to not take money out of their retirement accounts after a layoff or for family reasons just aren’t strong enough,” Ms. Ghilarducci said.

When an unexpected expense comes up, workers whose balances are low may be tempted to simply cash out, though they are the least equipped financially to do so.

“If there’s only a little money, employers will encourage them to take it out and roll it right into their checking account,” Ms. Ghilarducci said. “Then there’s an immediate payoff that comes as a huge relief.”

Until it’s time to retire, anyway. Ms. Elisa’s efforts to rebuild her Roth account validated her decision to contribute consistently to her 401(k) for the last half of her 30-year career with DeKalb County, even though colleagues discouraged her from participating in the plan.

In her 20s and 30s, she said, she didn’t consider the benefits of having a company match. “A lot of co-workers told me: ‘You don’t want to mess around with that. They’re going to take money out of your paycheck that you could use for yourself or for your family,’” she said.

Ms. Elisa, who now works part time as a marketing consultant for the Women’s Institute for a Secure Retirement, a nonprofit, wishes the money she managed to save could guarantee her a secure retirement. But she knows she’s not entirely to blame that it doesn’t. Though she has her 401(k) money and receives a pension, she still needs to work to make ends meet.

“I’ve come to realize that the way our system is designed, it’s like trying to wade through mud,” she said. “It’s a tough ride, especially for women and women of color.”

Jocelyn Frye, president of the National Partnership for Women and Families and a former policy director in the Obama White House, recommends trying a new approach: advocacy.

“When policymakers come and say, ‘Here’s what I’m doing,’” Ms. Frye said, women should shift the conversation to the issues that set them back, like jobs that don’t offer easily transferable retirement accounts or paid leave for caregiving.

“They should say: ‘This is what’s happening to me. What are you doing to address this problem?’” she said. “One thing I know is that when people say those things, local lawmakers pay attention.”

Platitudes won’t fix a system that encourages women to shortchange themselves, Ms. Frye said. “We say nice things on Mother’s Day, and we say Black women will save the world,” she said. “Yes, we should acknowledge all the incredible things women do. We also need to treat them better.”