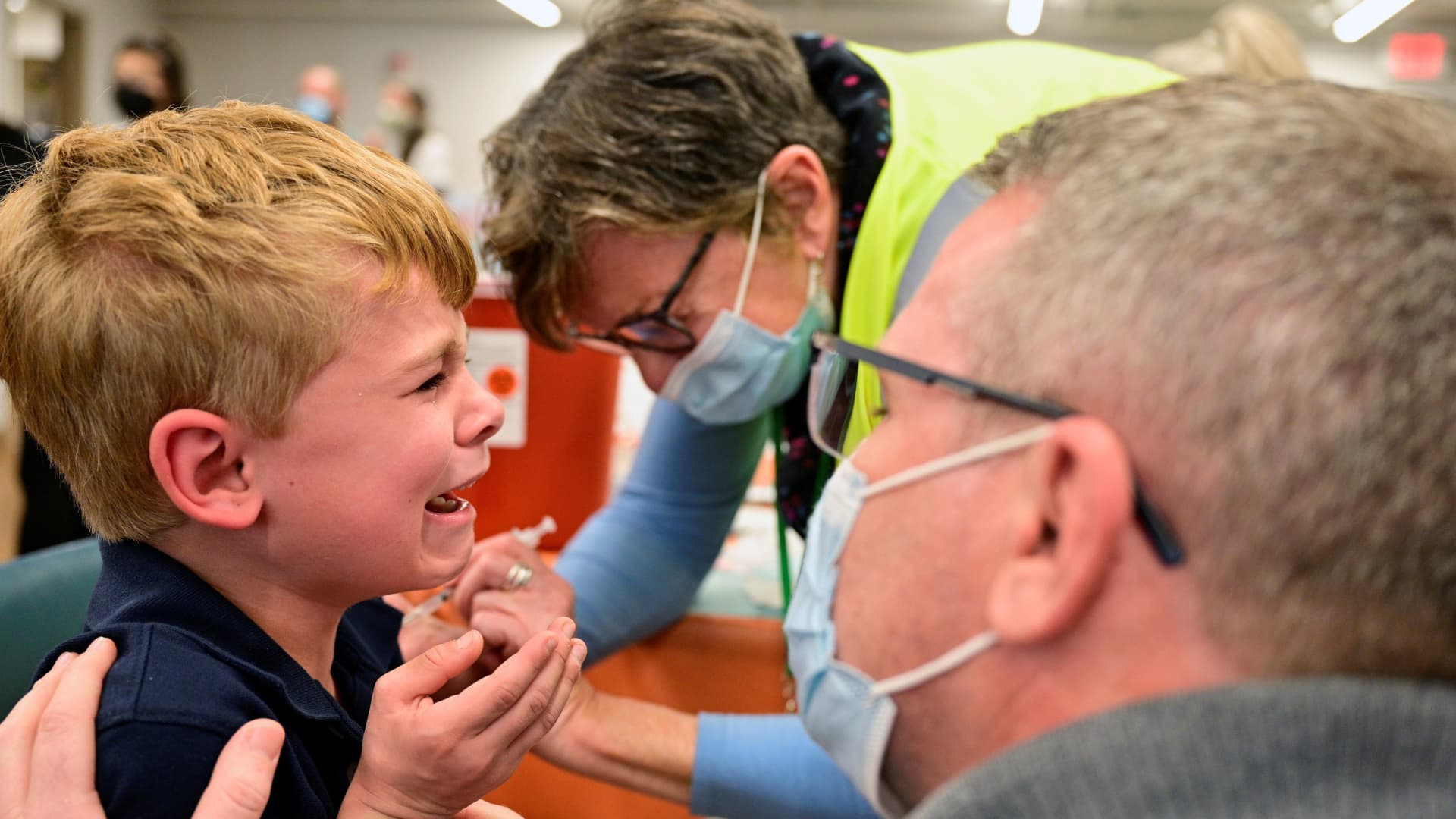 LONDON — One of the enduring mysteries of the Covid-19 pandemic, a global health crisis that has led to over 6 million fatalities, is that children have been spared by the virus — for the most part — and have not experienced anywhere near the severity of illness that adults have.

When Covid emerged in late 2019 and began to spread around the world, scientists scrambled to understand the virus and how to combat it, with hospitals trying different techniques to save the worst-off Covid patients in intensive care units.

Mercifully, few of those patients were children, posing a mystery for public health experts as to why kids were not becoming severely ill or dying with Covid.

Scientists are still somewhat baffled as to why children are not badly affected by Covid, although studies are slowly shedding light on how, and why, children’s responses to Covid differ from those among adults.

“A number of theories have been suggested, including a more effective innate immune response, less risk of immune over-reaction as occurs in severe Covid, fewer underlying co-morbidities and possibly fewer ACE-2 receptors in the upper respiratory epithelium — the receptor to which SARS-CoV-2 [Covid] binds,” Dr. Andrew Freedman, an academic in infectious diseases at the U.K.’s Cardiff University Medical School, told CNBC in emailed comments, adding that nonetheless the phenomenon was not “fully understood.”

He noted more research will be required before we have a definitive answer but a body of evidence has already emerged showing that Covid poses a much smaller risk to kids, and why that might be.

It’s widely understood that the risk posed to adults from Covid rises with age as our immune systems become slower to respond to, and less effective at combating, infections.

In particular, the risk increases for people in their 50s and increases again for those in their 60s, 70s, and 80s, the Centers for Disease Control and Prevention says, with people 85 and older the most likely to get very sick. Having certain underlying medical conditions can also make adults more likely to get severely ill.

There have been several recent studies looking at the difference between adults’ immune response to Covid, and children’s, and these have found fundamental differences between the two with the latter having a more robust and “innate” immune response.

Research carried out by the Wellcome Sanger Institute and University College London, and published in the Nature journal in December, found a stronger “innate” immune response in the airways of children, characterized by the rapid deployment of interferons — which are released in the presence of viral or bacterial threats and help to restrict viral replication early on — UCL said.

Meanwhile in adults, the researchers saw a less rapid immune response which meant the virus “was better able to invade other parts of the body where the infection was harder to control.”

Kristin Mondy, a division chief of infectious diseases at the Dell Medical School at The University of Texas, told CNBC that “out of the many hypotheses currently circulating in the literature, the best evidence to date supports the hypothesis and findings that children have a stronger innate immune response compared to adults, particularly in nasal mucosal tissue where immune cells can more rapidly control and eradicate the virus compared to adults.”

“That being said, we also know that children are more susceptible (than adults) to the Multisystem Inflammatory Syndrome which is an overactive immune response to Covid-19, resulting usually in excessive inflammation in organs other than the lung (usually the heart/circulatory system and gastrointestinal tract).”

Another advantage children have is their greater exposure to viruses, particularly during term time when viruses are able to spread easily among children at school. The most common virus children get are innocuous colds and these are commonly caused by several types of virus including rhinoviruses (the most common cause of the common cold) as well as respiratory syncytial virus (RSV) and coronaviruses.

Coronaviruses are a family of viruses that usually cause mild to moderate upper-respiratory tract illnesses in humans but several, including Covid-19 and SARS and MERS, have emerged as global health threats.

Ralf Reintjes, professor of epidemiology at the Hamburg University of Applied Sciences, explained to CNBC that children’s immune systems have a number of advantages when it comes to fighting infections.

“First of all, they’re younger so their immune systems are challenged a lot anyway … when they’re one year or two years old until up to 10 or 12 years old, they they go through lots of infections,” Reintjes told CNBC on Monday.

“They get lots of contact with other coronaviruses at this time so their immune system is in training anyway, and is very young and fit,” he said, adding that when children’s immune systems are then confronted with Covid-19, having had a lot of practice fighting off various infections and coronaviruses, they have much stronger immune response than adults who tend to get less of those kinds of infections.

The phenomenon is not unique to Covid-19 either, Dr Andrew Freedman said, with children often able to fight off other kinds of infection better than adults, albeit not in all cases.

“For instance, most children do not develop symptoms from Hepatitis A infection and Epstein-Barr infection is usually asymptomatic in younger children as opposed to teenagers and young adults who present with glandular fever. There are, of course, other infections which are more severe in younger children compared to older ones and adults, such as RSV [respiratory syncytial virus] and flu.”

What risk does Covid pose to kids?

Research published in late 2021 looking into the overall risk posed by the virus to children found that this was very low for the absolute majority of children and young people aged below 18.

The study, carried out by researchers from several British universities, studied deaths among children and young people in England from March 2020 to February 2021 — the first year of the pandemic — differentiating between those who died of Covid and those who died of an alternative cause but had coincidentally tested positive for the disease.

It found that of the 3,105 children and young people who died from all causes during the first pandemic year in England, 25 had died of Covid, corresponding to an overall mortality rate of 2 deaths per million children in England.

Of the 25 children that sadly died of Covid, 19 had chronic underlying health conditions, including some children with multiple comorbidities and life-limiting conditions.

While the other six children that died appeared to have no underlying health conditions, researchers cautioned there may have been an unidentified comorbidity or undiagnosed genetic predisposition to severe disease with Covid infection.

While the study found that the overall risk to children was “extremely low” it did note that those above the age of 10, of Asian and Black ethnicity, and those with comorbidities (neurological conditions were the commonest comorbidity) were over-represented in the mortality data compared to other children.

The study concluded that Covid “is very rarely fatal” even among those children with underlying comorbidities. Indeed, within the year that was studied, an estimated 469,982 children in England had Covid, meaning that a child’s chance of surviving an infection was found to be 99.995%.

Since the pandemic began, children have accounted 19% of all Covid cases in the U.S., according to the American Academy of Pediatrics’ latest state-based data summary published last week, but the academy said that “among states reporting, children were 0.00%-0.27% of all Covid-19 deaths, and 3 states reported zero child deaths.”

Children continue to represent around a fifth of all Covid cases; for the week ending March 17, children accounted for 18.3% of reported weekly cases. Children under the age of 18 make up 22.2% of the U.S. population.